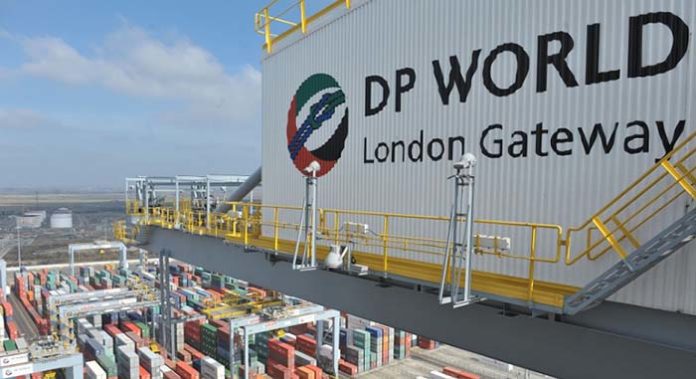 It is also the only listed major port operator, listed on the Dubai International Financial Exchange in 2007.

Here’s a world map of their operations.

These are the Top 5 container port operators worldwide, according to Lloyd’s List, with DP World coming in at number 4 due to a recent purchase of  European container ship operator, Unifeeder.

TEU’s compiled by Afshin Molavi from public data. Order above based on Lloyd’s List; TEU’s not the sole criterion.

According to my calculations, these five port operators handle about half of the world’s containerized trade.

DP World operates, develops and manages 7 marine and inland terminals in Africa. They include Senegal’s busiest container terminal as well as DP World Maputo, three berths on the Suez port of Sokhna, Egypt, an inland logistics facility in Rwanda, as well as facilities in Algeria, and a new facility in Berbera, Somaliland.

The company was recently awarded more than $500 million by a London court arbitrating its dispute with Djibouti over the managing and developing of the Doraleh Container Terminal. Quartz Africa has a good piece on the background and the business and geo-strategic elements of the conflict between DP World and Djibouti, and the tussle between DP World and China Merchant Port Holdings. The tussle, however, has done nothing to dent the dramatically rising commercial relationship between China and the UAE.

Sources: Most of the timeline information above comes from DP World.

Now, if you really want a deep dive on DP World, I found this presentation online that they gave to investors in May 2019.