The African-American Artist Who Found “a Homeland” in Oman 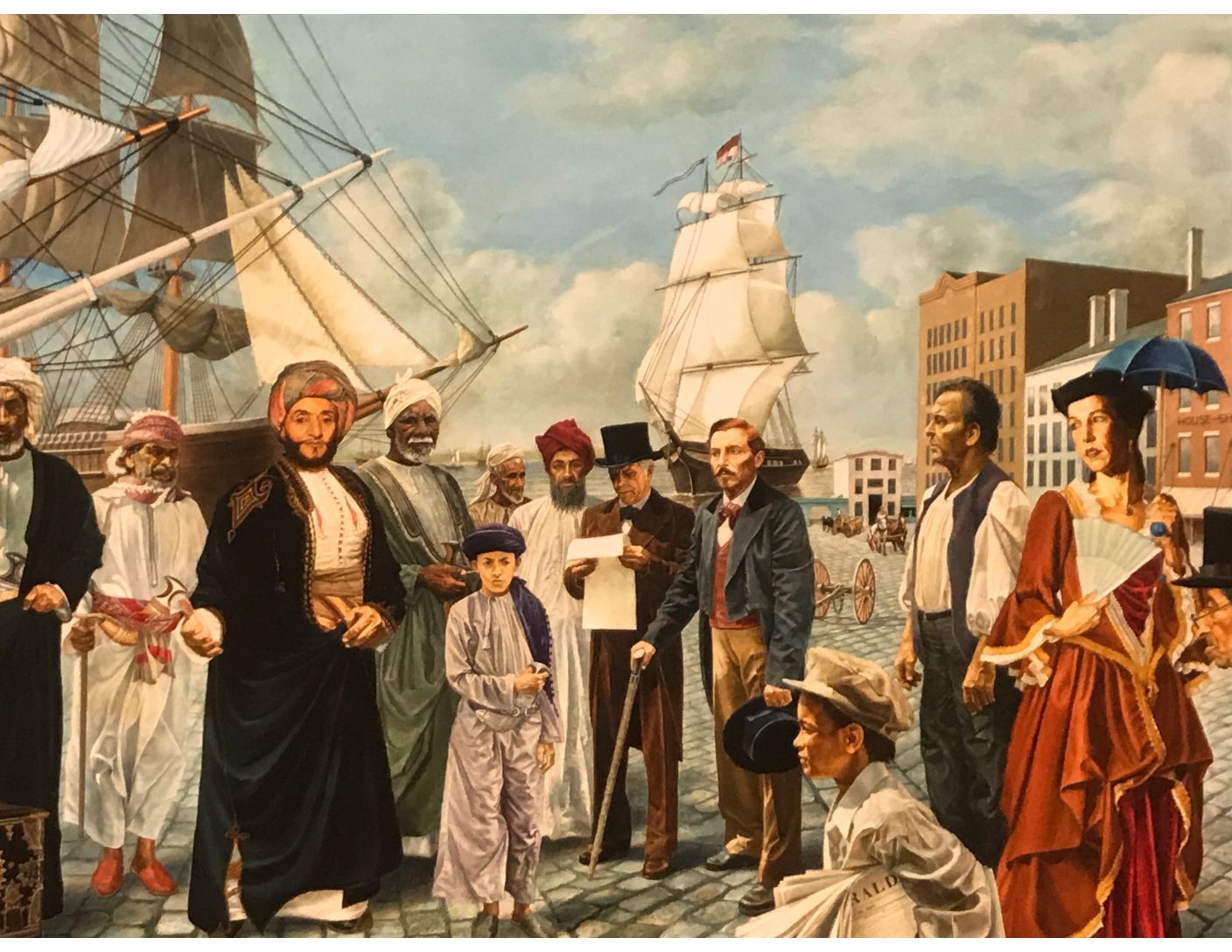 Last night, I attended an event at the Sultan Qaboos Cultural Center in Washington D.C – an often overlooked gem in the heart of mid-town — and came across this painting that caught my eye. It certainly has a 19th century New Silk Road-y feel to it.  Upon further examination, I noted the name of the painter – E. Harper Johnson – and he turns out to be a fascinating African-American artist who spent his final years in Oman under the patronage of the Sultan – the two men seen here.

He was born in Birmingham, Alabama in 1916, and died in Muscat, Oman in 2016. In that span of 100 years, he illustrated more than a dozen books and and worked for some leading publications. A consummate artist, he was also a talented vocalist and violinist (though his violin career ended with a broken wrist injury as a youth). In his later years, he began traveling to East Africa and the Arabian peninsula, and eventually settled in Oman after 1993. After being granted Omani nationality by Sultan Qaboos, he said, “I have finally found my homeland after a long, tiring life, full of travel and work.”

His is a life worth exploring further. If any New Silk Road Monitor readers know more about E Harper Johnson’s years in Kenya or Oman, please write.