The Eurasian Super Continent and Our Collective Future 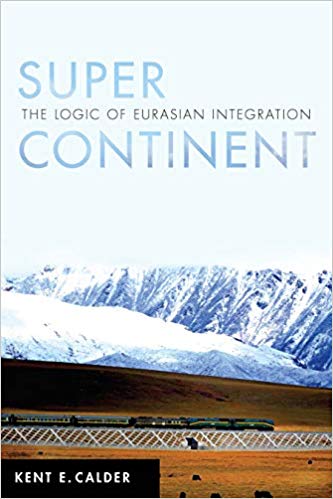 In one of the most memorable lines from Ernest Hemingway’s classic work, The Sun Also Rises, one of the lead characters was asked how he went bankrupt. His response? “It happened gradually, and then suddenly.”

I often think of that line as I reflect on China’s geo-economic engagement across the Middle East, Central Asia, broader Asia, and Europe. Quietly, gradually, and, then, seemingly suddenly, China has emerged as the most important geo-economic partner and actor across Eurasia. From trade to investment, from the infrastructure of connectivity to the technology investments of tomorrow, China has become a major player across the Eurasian landmass, a region that has been re-integrating in ways that harken back to the Silk Road of the pre-Renaissance era. Of course, as with any major global development today, what distinguishes today’s Eurasian integration from any historical parallel are two things: speed and scale.

Kent Calder’s remarkable new book, Super Continent: The Logic of Eurasian Integration, takes you inside the speed and scale of today’s Eurasian integration with a sharp analytical lens characteristic of his work, loaded with rich data and maps, and a clear-eyed analysis of what it all means for the future of world affairs.

A short excerpt below from the work, but I highly recommend it to all interested in any aspect of geopolitics or geoeconomics today. It’s the biggest story in the world today, and told skillfully by one of the great scholars of our era.

“What seems incontestable is that an increasingly reconnected Eurasia is now emerging — aided, but not created by Xi Jinping’s ambitious BRI. Cargo trains between China and Europe, which only began running in 2011, increased to more than 3,000 during 2017 alone, surpassing the previous six years combined. Those trains carried products such as PCs, clothing, and auto parts westward, with whisky, pharmaceuticals, baby formula, and machinery flowing eastward on the return. The volume of maritime cargo, technical contracts, and air flights across the continent are all expanding, together with political-economic coordination mechanisms like the Asia-Europe Meeting (ASEM), the Shanghai Cooperation Organization (SCO), and the 16+1 summit-conference series between Eastern Europe and China. Reconnection, in short, is the order of the day.”