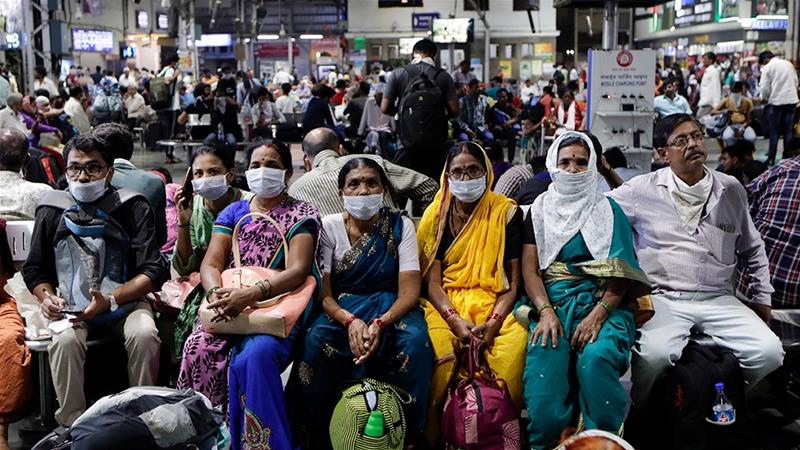 India, one of the fastest growing aviation markets in the world, will have largely empty skies as of Wednesday at midnight. All domestic flights have been grounded, adding to the ban on all international flights.

The ban on all flights will continue to slam India’s aviation and tourism sectors and comes amid a time of slowing growth in India’s economy. India, like all major economies, is likely to see a severe decline in GDP growth for the second quarter, and potentially beyond.

In an even more dramatic move touching hundreds of millions of Indian lives, the government of Prime Minister Narendra Modi shut down India’s train network – the vast and sprawling iron and steel connective tissue that unites the country.

LiveMint India reports that the heavier crackdown is an attempt to flatten the curve, so India’s trajectory of cases begins to look more like Japan, and less like the United States. Excerpt below:

“More than three hundred thousand people are now suffering from Covid-19 even as the world struggles to contain the pandemic and find a cure. In India, the number of cases have shot up significantly over the past few days, prompting a lockdown that is growing in scope and spread with every passing hour, and inflicting a heavy toll on the most vulnerable sections of our society.

“As testing criteria in India have been stringent so far and are gradually being relaxed, it is likely that cases will continue to mount over the coming days, even if the lockdown mitigates the extent of the spread.”

“Two other large economies, Japan and the US have faced global criticism over the lack of adequate testing. But while the US has seen a sharp spike in cases, Japan appears to have managed to flatten the curve, if the number of recorded cases can be taken at face value. For India, the next few days will be crucial: as it will tell us whether we continue to follow in the footsteps of the US or move to a flatter Japan-like curve.”