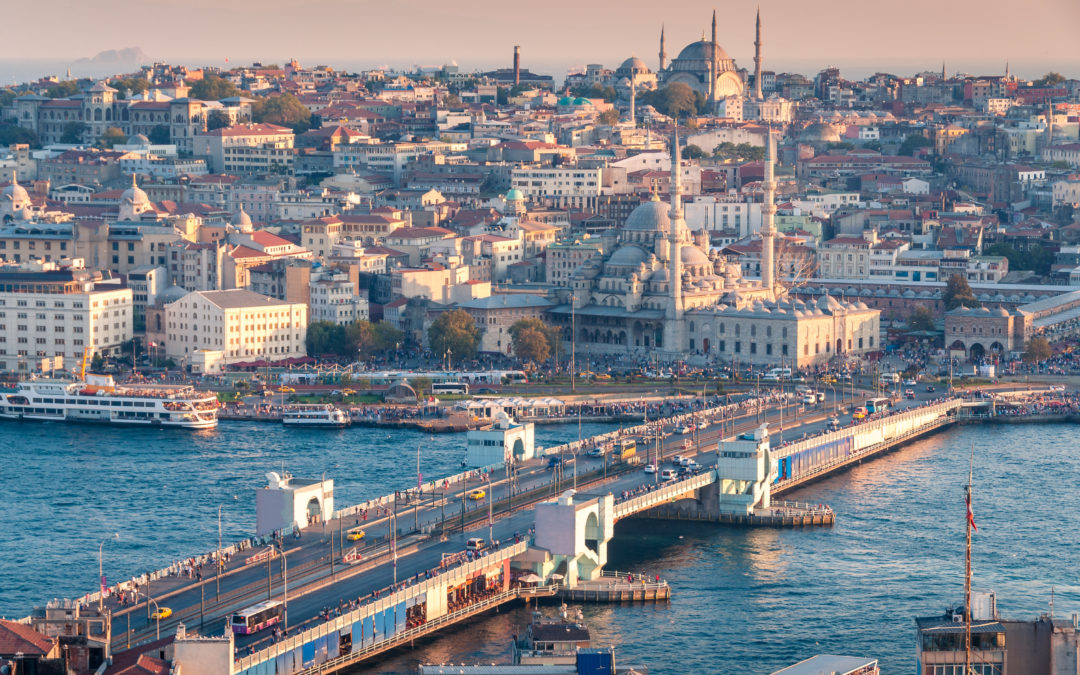 Turkey Economy – “Turkey’s economy faces growing risks as it enters a downturn with dwindling reserves and a fragile lira, financial markets signaled on Friday, as data showed factories slowing due to the coronavirus outbreak. For the first time since the worst day of a currency crisis in 2018, the Turkish lira on Wednesday briefly breached 7 versus the dollar after the central bank slashed rates twice as much as expected,” Reuters/Al-Arabiya reports.

Aviation Losses – “Air traffic in the Middle East and North Africa is set to plummet by more than half this year due to the coronavirus pandemic, a global aviation body said on Thursday,” AFP/Jordan Times reports.

Regional Aviation – “Middle Eastern and African governments are failing to take the action required to protect their airlines from the economic crisis caused by the new coronavirus pandemic, the International Air Transport Association (IATA) said on Thursday. Several states have stepped in to help airlines, with travel demand decimated by the outbreak, such as the US, Singapore and Australia, though few in the Middle East have made their intentions clear,” Reuters/Arab News reports.

Iran/US Conflict – “President Hassan Rouhani called on Iran’s armed forces on Friday to seek regional stability while maintaining vigilance against ‘provocations’, state TV reported, as a war of words with arch-enemy the United States escalated. The head of Iran’s elite Revolutionary Guards said on Thursday Tehran would destroy U.S. warships if its security is threatened in the Gulf, a day after U.S. President Donald Trump warned Tehran over ‘harassment’ of U.S. vessels,” Reuters reports.

Oil Price – “Oil prices rose on Friday, but both the Brent and U.S. benchmarks were on track for their third straight week of losses as global production shutdowns failed to keep pace with the collapse in demand caused by the coronavirus pandemic,” Reuters reports.

GCC Banks – “The strength of earning capacity of banks in the GCC will help them navigate the shocks related to COVID-19 and the oil price drops, S&P Global Ratings said yesterday. It expects most of the banks to generate positive net income in 2020. The rating agency noted the GCC banks have raised around $20bn of hybrid capital the GCC banks instruments over the past five years and some of them are reaching their first call dates in 2020,” The Peninsula reports.

Lebanon Pound – “The Lebanese central bank set an exchange rate of 3,625 Lebanese pounds to the US dollar to be applied by money-transfer firms on Friday, 58 per cent weaker than the official peg as the country grapples with its financial crisis, a central bank source said. The new rate is seen as part of wider moves by the central bank away from a peg in place since 1997, bankers said. Though the official pegged rate of 1,507.5 pounds is still in place, it amounts to an effective devaluation of the pound, they said,” The National reports.

Egypt/ENI – “A deal struck between Spanish gas firm Naturgy Energy Group, Italy’s Eni and the Egyptian government to resolve a series of disputes over a shuttered gas plant in northern Egypt has fallen through, Naturgy said on Thursday. The agreement had been due to end Naturgy’s business interests in Egypt and dissolve a joint venture between Naturgy and Eni, while Eni and state-owned Egyptian firms would have increased their holdings in the Damietta plant,” Ahram Online reports.

Turkey/China – “Turkish industrial goods exports to China have rallied as Chinese factories resume production and businesses reopen after a shutdown to stem the spread of the novel coronavirus. ‘After the Chinese economy reopened gradually, acceleration started in firms exporting to China,’ said Murat Kolbaşı, the chairman of the Asia-Pacific Business Council of Turkey’s Foreign Economic Relations Board (DEİK)…’Some 75% of factories have restarted production in China, and domestic demand is now around the level of 60%-80%,’ Kolbaşı told Anadolu Agency (AA),” Daily Sabah reports.

DP World – “DP World has launched new online logistics tools and services, covering sea, land and air shipping around the world.The new connected ecosystem of platforms will enable freight forwarders and any business, to book shipments of cargo from and to anywhere in the world, by any combination of sea, land and air,” Sea Trade Maritime News reports.

Mauritania – “The International Monetary has approved a grant of $130 million (Dh477.1m) for Mauritania – under the Rapid Credit Facility – to fight the coronavirus outbreak. The new funds will help the north-west African nation to increase spending on health services and social protection programmes, said IMF in a statement,” The National reports.

UAE/Retail – “In accordance with the announcement by the Supreme Committee of Crisis and Disaster Management, Al Futtaim will open its malls across the UAE on April 25 (Saturday), with trading hours of 12pm-10pm. Family entertainment, cinemas, gyms, prayer rooms, changing rooms and shisha services will remain closed, as per the directive. The opening comes in line with the supreme Committee of Disaster Management’s announcement of the partial easing of restrictions on movement in Dubai. Prior to opening, both malls are mandated to comply with the various guidelines and protocols and the partial opening is within strict health and safety guidelines,” Khaleej Times reports.